Androgenic alopecia, also known as DHT hair loss, is by far the most common type of hair loss. In fact, DHT hair loss affects 50 million men and 30 million women in the United States alone. While the odds of having DHT hair loss are slim as an adolescent or teen, the risk increases with age. So what is DHT and why does it cause hair loss? Keep reading to find out.

Dihydrotestosterone (DHT) is an androgen hormone, a type of male sex hormone found in both men and women. Androgens are responsible for biological male characteristics like body hair, increased muscle mass, and a deeper voice.

The anagen phase becomes increasingly shorter over time, until eventually new hairs no longer grow past the scalp line. Additionally, the hair shaft becomes thinner as the hair follicle shrinks, so hair begins to thin and is more prone to breakage.

Androgenic alopecia, otherwise known as male pattern baldness, is the most common type of hair loss in men. By the age of 50, over half of American men will have some type of DHT-related hair loss.

Male pattern baldness presents itself as thinning along the hairline, temples, and crown. Eventually the hair loss spreads, resulting in a horseshoe-shaped ring of hair around the bottom of the scalp.

DHT and Hair Loss in Females

DHT has also been linked to hair loss in women. Though in lower quantities, women typically also have male hormones like DHT in their bodies. An imbalance of hormones or an increased sensitivity to DHT can result in hair loss.

DHT hair loss in women presents itself differently, however. For women, DHT hair loss results in overall thinning rather than the receding hairline and horseshoe pattern seen in men. Women with DHT hair loss usually see the same symptoms as women with other types of hair loss, such as a widening part or smaller, thinner ponytail.

Why Do Some People Have DHT Hair Loss?

Everyone of every gender has DHT in their bodies, but only some people have DHT hair loss. For the most part, DHT hair loss is related to genetics. But for people without a genetic cause, researchers have postulated a few characteristics that may cause it in some individuals:

If your hair loss is genetic, you may need a DHT blocker in order to prevent it.

What is a DHT Blocker?

Some medications have the ability to lower levels of DHT, helping to slow or even reverse DHT hair loss.

Finasteride is a DHT blocker that diminishes the enzyme that converts testosterone to DHT, effectively lowering levels of DHT in the body. However, since DHT is so important to reproductive operations of the body, finasteride can have serious side effects like loss of libido.

Some researchers have identified herbal remedies that may be possible DHT blockers, such as saw palmetto, stinging nettle, and reishi mushrooms. However, more research is needed to determine how effective these treatments truly are in the fight against hair loss.

If you have hair loss, a dermatologist can help you confirm if your hair loss is DHT-related. Your doctor will be able to diagnose the cause of your hair loss and help you to devise a treatment plan.

Toppik Hair Building Fibers are a great way conceal DHT hair loss and boost confidence. One quick application is all you need for instantly fuller hair that lasts all day. 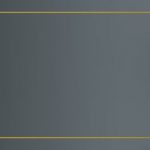 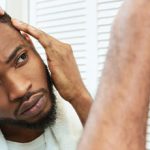 Can Stress Cause Hair Loss? 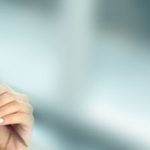