Are you a man with thinning hair? You’re not alone. Hair loss affects over 50 million men in the United States. In fact, by the age of 35, two-thirds of men have some type of hair loss and by the age of 50, that number has jumped to 85%.

Now an avid user of Toppik Hair Building Fibers, Thom recommends the product to anyone who is struggling with hair loss and looking for an instant solution.

For most of his adult life, Thom had thick hair and didn’t worry about thinning. But once he reached his mid-50’s, the hair on the top of his head began to thin. “At first, it wasn’t too noticeable, but eventually it progressed to the point where you could see my scalp in various spots because the hair was so thin,” Thom told Toppik.

Oftentimes, men with hair loss choose to shave their head. However, Thom’s hairdresser advised him not to shave his head, since the look wouldn’t be flattering for him. Traditional medical treatments like Propecia and Rogaine were also not an option for him, as his doctor had advised him against using these medications because of a previous cancer diagnosis. He attempted to hide his thinning hair by combing it in different ways, but he still wasn’t happy with the way that his hair looked. His grandson said, “Grandpa, your hair looks great!” and that the Hair Building Fibers made him look younger.  Thom was also very impressed with the fibers, and now he uses them every time he goes out of the house.

After a couple of tries, Thom is now an expert at styling his hair with Hair Building Fibers. Since Thom has salt and pepper hair, he uses several shades of Hair Building Fibers to match his hair color. First, he applies gray to the top of his head using the sifter top, then he layers on dark brown. “I have more dark on the top and the sides are very gray, so I can blend those two together pretty good, with the filling in,” he says. He then uses the Spray Applicator with the Hairline Optimizer to fill in his hairline. While ecstatic with the results, Thom doesn’t tell just everyone about Hair Building Fibers. “I don’t volunteer it unless it’s somebody who I really know and have a sense that they would benefit from it,” he says. But he has many great things to say about his experience his with Toppik. “I think it’s a wonderful idea that somebody came up with and has made having full hair very convenient.”

Stay in the Know 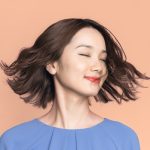 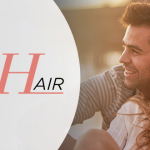 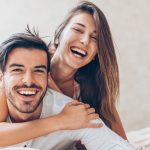 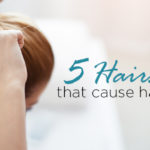 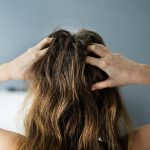 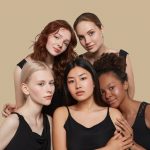